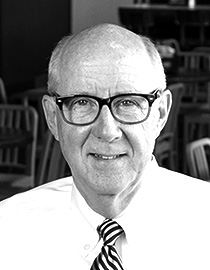 His expertise comes from three decades in the food service industry—first as a chef and restauranteur, and later in leadership roles at three Big Ten colleges. His successes come through a philosophy of meeting customers’ needs, working collaboratively with his team and creating a culture of innovation.

Steve holds a B.S. in Psychology from Michigan State University and an A.O.S. in Culinary Arts from the Culinary Institute of America. He is recognized as a contributor in his profession and his community, including working with The Hoosier Hills Food Bank in Bloomington, Indiana and LIFT Chicago to combat poverty and expand economic opportunity.

He resides in the Ann Arbor area with Betsy, his wife of 40 years, and together they enjoy the outdoors, bicycling, fine dining and exploring Michigan. 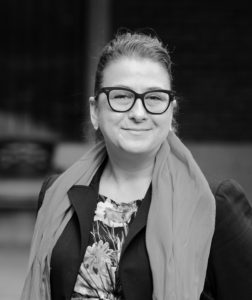 Autumn Battin-Flores has been bringing people together for over 20 years. Before becoming Director of Catering at the University of Michigan, Autumn was the Regional Operations Manager for Continental Services, where she managed 15 corporate cafés, oversaw 15 general managers and 15 executive chefs while exceeding industry benchmarks of efficiency. Autumn has held positions as Director of Banquets for Greenleaf Hospitality, General Manager for the excellent Zazios restaurant and as Public Relations: Special Events Coordinator for Wayne’s Community College.

While working as the Restaurant and Venue Manager for 20th Century Club, Autumn oversaw the ESPN Sports Zone and Madden Bowl parties for Super Bowl XL at the GEM Theater. There, Autumn experienced first-hand how events can bring diverse groups of people together.

With over two decades of experience, Autumn understands the nuances of both corporate and social events. She excels at motivating, planning and producing enjoyable, meaningful experiences for guests. As Director of Catering and Retail operations, Autumn is responsible for the vision and operation of each department. Autumn has a B.A. in Communications from Wayne State University, Detroit. Since joining the University of Michigan team in August 2017, Autumn has dedicated herself to making Michigan Catering and Retail the leaders and best. 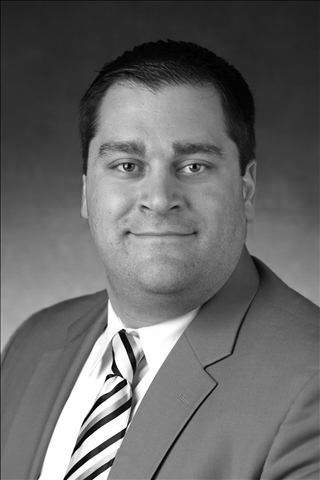 Throughout his career, Steve Giardini, has always put the guest experience and food quality first in line.  Caring for guests, staff, the environment and community is paramount to hospitality and guides Steve’s thought process at Michigan Dining.  Steve brings over 14 years of foodservice experience in a variety of roles with Aramark & Sodexo. Originally from the Philadelphia area, Steve holds a Bachelor’s degree and MBA from University of Delaware where he is an active alumni engaging with students about their future hospitality careers.

Steve brings global work experience to Michigan through his experience at the Olympic Games with Aramark in Athens and London as well as his four years leading the food & beverage program for Aramark’s Leisure group serving National & State Parks, cultural attractions and conference centers, including the Ross School of Business!  During this time Steve partnered with farmers across the country to increase local purchasing of fresh fruits, vegetables, meat and poultry to serve guests. Steve has also be part of successfully launching sustainability and composting programs across a number of locations.

During his most recent career stops, Steve led operational excellence and menu design and development for over 1400 locations nationwide, including over 200 colleges and universities across the country.  Increasing plant based offerings and keeping flavor fresh by focusing on food trends in the industry, Steve was able to increase the number of vegetarian and vegan offerings and raise customer satisfaction scores while increasing team member productivity.

As the new Residential Dining Director, Steve plans to continue the great work of Michigan Dining, focusing on providing the best student experience.  Enhancing partnerships with students, the University and local communities will continue to allow Michigan Dining to be a leading dining program that the University community can be proud of. 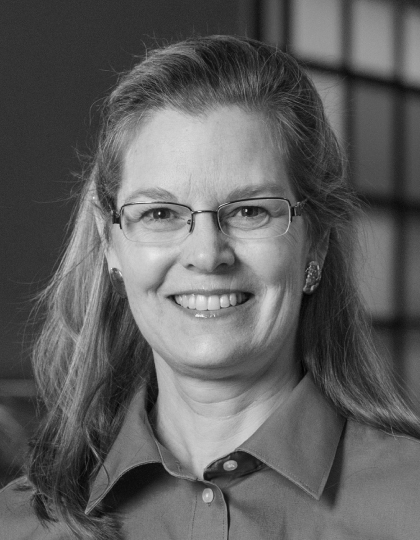 Additionally, Kathy has extensive experience as a production manager, including menu planning, inventory and purchasing. In previous roles as a rehabilitation dietitian and clinical dietitian, Kathy designed special menus, provided nutrition consultations, and developed training and outreach classes in nutrition and clinical diets.

Over the past year, Kathy has been working with Food Allergy Research and Education (FARE) on a national level to develop guidelines for managing food allergies in higher education. She earned a degree in Dietetics from the University of Northern Colorado. 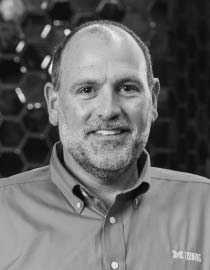 At the core of Keith’s work is outreach, putting him in constant contact with  students, suppliers and campus stakeholders with a focus on advancing initiatives for a greener, healthier campus. He is responsible for student and community connections both on and off campus, and serves as the sustainability lead for Student Life. In this capacity he oversees programs in buildings accounting for nearly one-fifth of the square footage of the University of Michigan Ann Arbor campus.

Keith frequently sponsors student projects and serves as an adviser to both the University of Michigan Sustainable Food Program and the Michigan Dining Food Advisory Committee. In the past he’s teamed up with students to pilot the Go Blue Box program, bring local produce to campus through Farm Fresh Wednesdays at the Michigan Union, and hold M Farmers’ Markets in collaboration with Central Student Government.

A sought-after expert on sustainable food topics, Keith has presented on food trends at the Big Ten Union’s Director Conference and the National Association of College Unions International, as well as the National Association of College and University Food Services and the Ann Arbor Local Food Summit. He has over 30 years in the hospitality industry including positions at the Toledo Zoo and T.G.I. Friday’s, where he was responsible for catering, restaurant general management, kitchen management and corporate field training. Keith is a graduate of Bowling Green State University. 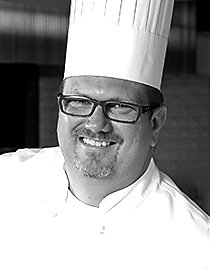 Frank Turchan is the executive chef for Michigan Dining. He oversees 20 chefs engaged in culinary operations for all campus dining halls, cafés, markets and catered events. Chef Frank is fueled by culinary creativity and can often be found working on new recipes, researching new trends or challenging his chefs to hone their skills.

Frank is also a strong advocate for sustainable food sourcing. As a result of Frank’s work, U-M is the first Big Ten university to be Marine Stewardship Council Certified. His dedication to local farmers has lead to an expansion in U-M’s local food buying strategies and more Michigan-fresh food for the U-M community.

Frank graduated from the Culinary Institute of America and went on to work in a number of high-profile restaurants, country clubs and hotels. Before coming to Michigan Dining he served as executive chef at the Fairlane Club in Dearborn and the Ford Motor Company Conference Center. 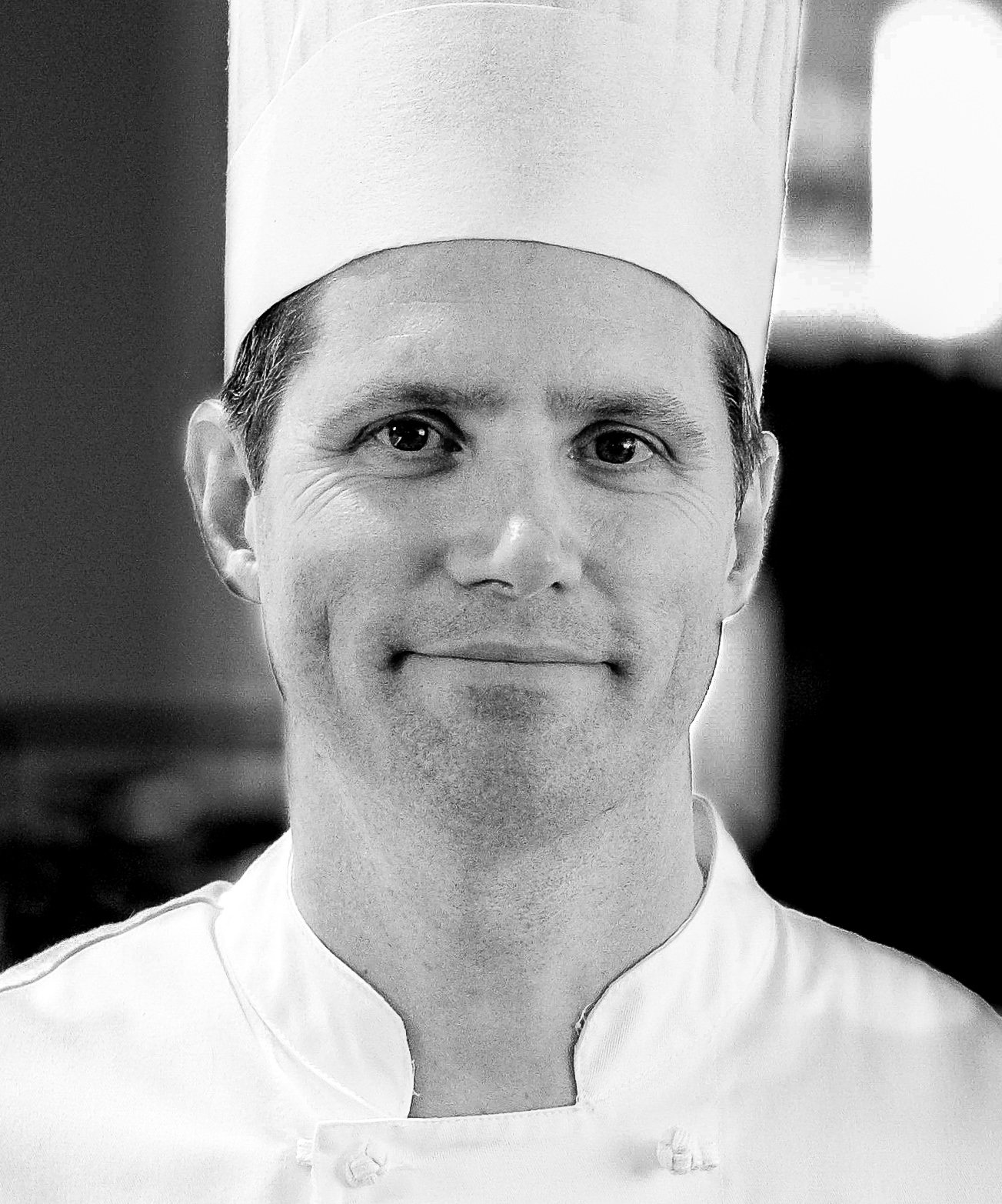 Chef Russ has an extensive culinary background with two associate degrees in the culinary arts. A New England native, Russ began his career in Portland Maine’s Old Port restaurant hub as a cook, working in several fine dining establishments. After receiving his second degree in New York at the esteemed Culinary Institute of America, he moved to Boston and began working for the Four Seasons Hotel Group on Boylston Street.

To further his culinary career he moved to Florida and became a Chef for Walt Disney World for 13 years, working in multiple signature restaurants and distinguished event settings such as the Brown Derby, Artist Point, The World Pavilion, Food & Wine, The Golden Oak Club, Disney Magic Cruiseline, and the Contemporary Resort.

His wife, a proud native to Michigan with family ties to Christmas Tree farming, brought him to the area and hence joined the University of Michigan as the Campus Executive Chef for Retail and Catering. Chef Russ proudly supports the MDining team in creating an expansive dining program for the students of Michigan while continuing to further his passion for the culinary arts. 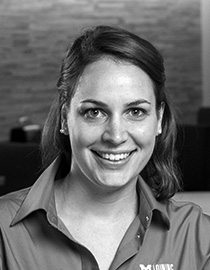 Lindsay has been a Registered Dietitian with Michigan Dining since 2013, and was an intern on our staff before coming on full time. She is responsible for maintaining the ingredient and recipe database that informs students about food offered in campus dining halls and retail stores and at catered events. The database, with 10,000 recipes using 40,000 ingredients, is utilized by University of Michigan chefs who prepare a daily variety of dishes, including gluten-free, halal, vegan and vegetarian. She counsels students with allergies and food sensitivities who need help planning meals and choosing appropriate dishes from Michigan Dining menus. Lindsay received her Masters of Public Health, Human Nutrition and Dietetics from the University of Michigan. She has a B.S. in Biomedical Science from Grand Valley State University.

© 2021 The Regents of the University of Michigan